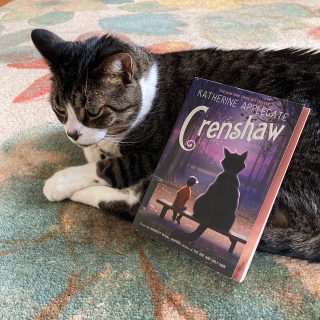 This was my Unread Shelf Project pick for the month of August: a book bought from an independent bookstore. This was another category that was a little broad for me. For several years, I have been making a strong, pretty consistent effort to “shop local” as much as possible. It helps that I have a pretty phenomenal independent bookstore in my city. With a to read list as long as mine, it would be nearly impossible for me to determine the purchase location of all my books—but I would bet that 80% of those acquired in the past 5 years have been from independent bookstores. To make things easy though, I decided to pick from a specific collection: a book acquired from a store on my “Michigan Booksellers” tote bag (I cannot remember if I have written about this before, but have a post planned for the end of this month with more information!).

This qualifier narrowed my list down quite a bit, and I decided to pick the book that I thought would be a quick, light read. I was only half right there: quick, but definitely heavier than I had anticipated. This one definitely packs a punch. This is what I get for not revisiting the summary blurb on the back before making a decision.

Jackson is an interesting kid—a bit particular, a bit too old for his age. He is contrasted by Crenshaw, the large imaginary cat that he has not seen for several years. Jackson battles with himself over Crenshaw, while also trying to deal with some serious issues in his family: hunger, illness, and possible homelessness. There are many aspects of this book that I can praise. Jackson’s voice reads really well as a kid, albeit a kid who has had to grow up a little too fast. It is a well-written narrative that deals excellently with some really tough subject matter. Yet… I wanted something a little more from it.

I think where this fell short for me was with the character of Crenshaw. I kept hoping for something to happen with him, but for the most part, his role in the book was just to exist. While I can see that perhaps his mere existence being important is part of the point, I still think there was some missed potential for this story.

Boris’s Thoughts: “A giant imaginary cat might be nice, but not nearly as nice as a giant real cat like me. 3 paws.”